How we brought the Ceresa product pilot to the finish line with a user-centric upgrade to the 360 feedback tool.

How we brought the Ceresa product pilot to the finish line with a user-centric upgrade to the 360 feedback tool.

The team at Ceresa was looking to reconfigure the user experience for their 360 feedback tool; a tool for career development feedback from those who work with you/know you best. On a mission to create uniquely curated, guided mentorship programs for underrepresented individuals, Ceresa had identified their 360 feedback tool as an integral component to their product pilot.

The tool would not only need to perform as a standalone resource for members, the design would set the stage for other tools that followed in the growth of the curriculum and platform overall.

Planting Seeds For The Future

We set out to accomplish two primary objectives: upgrade the current 360 feedback tool to address current user feedback and create the scaffolding for future tools to be built upon. To ensure that we had a solid foundation, we designated time early in the project to review previously captured user feedback as well as meet with various stakeholders who had experience with the current implementation and its pain points.

Creating user flows and increasing the fidelity of our designs in a meaningfully iterative manner allowed us to ensure that we were injecting feedback at each stage of our process. As designs firmed up, we were equipped with interview-ready prototypes that were used when hosting feedback sessions with current and prospective users. Gathering learnings early and often led to a well-functioning cadence for the exchange of ideas leading to a solution that improved the current user experience while supporting long term improvements.

As we worked toward building user flows that would better support current objectives, while creating moments of delight, we needed to remain agile. Working with strict time constraints and changing development capacities, we adapted with the changing needs of the pilot. Keeping ideas organized helped us prioritize features for launch while creating a plan for future iterations.

Currently, the pilot version of the 360 feedback experience is live on the Ceresa platform. The team continues to open channels for input from their increasing volume of users which inform future iterations. Since this collaboration, the AMSD team has continued to be engaged with the Ceresa team now working on post-pilot releases to level up the platform for their users. 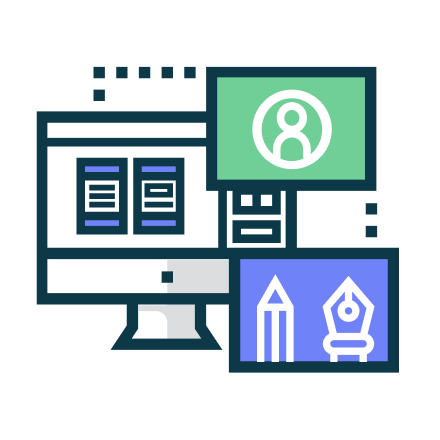 Ready to get started with your project?